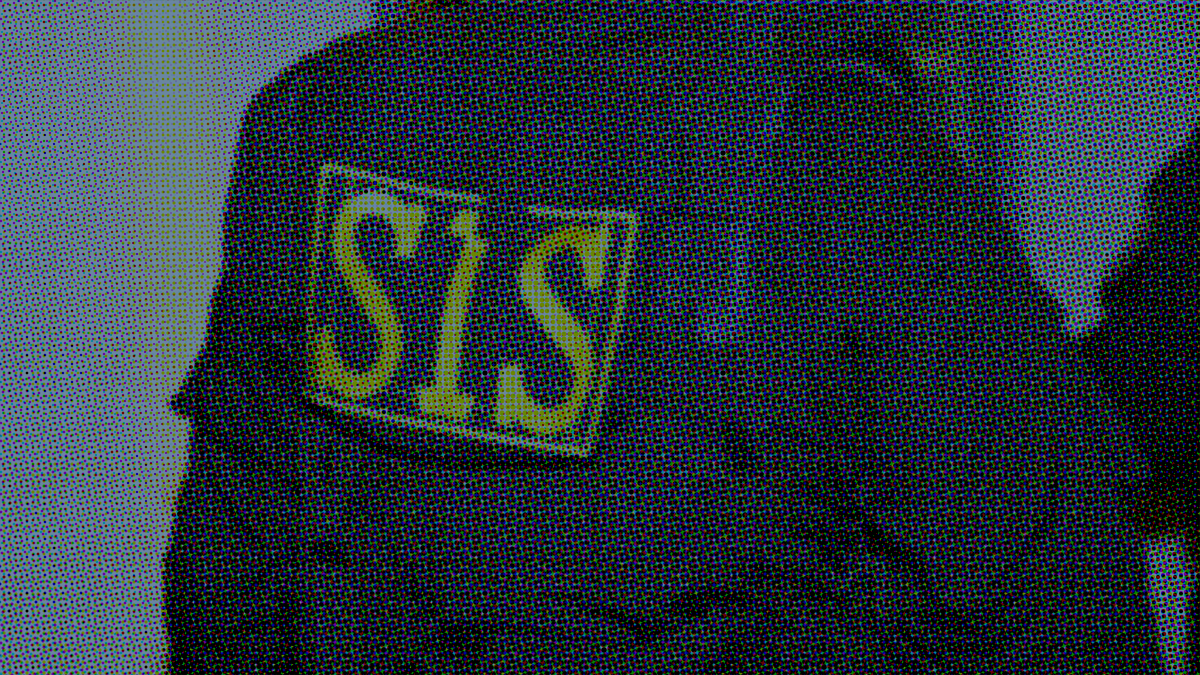 In the morning of September 6, 2018, seven Turkish citizens, teachers and employees of Orizont High School have been picked up from their houses by the officers of the Service of Information and Security (SIS), taken into an unknown direction and in the evening of that very day it was rumoured that they are already in Turkish prisons, which has been subsequently confirmed. The authorities communicated incoherently and made contradictory statements, calling the event in different legal terms – expulsion, extradition, undesirability. CPR Moldova has reviewed the lawfulness of the conduct of governmental institutions and has found serious violations. Republic of Moldova has violated its own laws and also international conventions to which it is a party, by condemning seven individuals to inhumane treatment, and probably even to torture.

On September 6, SIS has stated in an official press release, that the 7 Turkish citizens were designated undesirable persons “by the competent bodies” and had been expulsed from the territory of the Republic of Moldova. Which specific bodies SIS referred to remains unclear.

In the attempt to shed light on the identity of the institutions that handled the case of the 7 Turkish citizens, the press had contacted both the Bureau for Migration and Asylum (BMA) and the Ministry of Internal Affairs (MIA). Contradictory information had been supplied. Based on responses of those institutions we can state that one of them is lying. On September 7, the day immediately following the expulsion, BMA A stated that it had not been involved in the expulsion procedure. Moreover, the Speaker of the Parliament, Andrian Candu, declared that it was the Bureau of Migration and Asylum itself that decided to designate the Turkish citizens undesirable persons: not only had BMA been involved in the process, but “it had the actual decision. They took the very decision.”

Bureau of Migration and Asylum: a Scapegoat?

This is not the sole confusion related to the situation of the employees of the Orizont High School in Moldova. In April they sought political asylum which has been denied to them, and the Bureau for Migration and Asylum is to be held responsible for it. Wrong. We remind that the Bureau of Migration and Asylum grants or revokes the right of stay on Moldovan soil, and in the case of the political asylum seekers, the decision is taken by a Commission for Matters of Citizenship and Grant of Political Asylum attached to the Moldovan President. But in the case of the Turkish citizens, the involvement of the Presidency in the processing of the asylum application was excluded. This has been announced in a Facebook post by the press secretary of the President, Mr Maxim Lebedinschi. According to him, “to avoid any speculations appearing in the press alleging that those citizens sought political asylum in the Republic of Moldova, we hereby communicate that as of this day no such application was lodged with the Presidency.”

On 11 September, almost a week after the SIS operation, the Ministry of Internal Affairs stated that “upon request of the Service for Information and Security, the BMA rejected the political asylum application lodged in April. The citizens concerned had been given notice thereof via mail.”

Later we find out that it is unclear which documents had been used when the seven teacher passed the Moldovan border, given that their papers remained with the family while the teacher were already in the Turkish prison.

Yesterday it was reported that BMA had backdated some documents in what appears to be an attempt to legalize post factum the effective kidnapping of the seven teachers. Now, it is official record that BMA took a decision on September 5, which was notified to nobody before September 11.

The government lies, contradicts, offers divergent versions, alters facts, while the seven teachers are political detainees in Turkish prisons for a week now. Moldova made a gross violation of human rights.

The government had communicated inconsistently and incoherently. Different terms, relating to different kinds of proceedings or laws, were floated to the public from the outset. Extradition, expulsion and designation as undesirable foreigner are three different legal proceedings forcing a foreigner to depart Moldovan soil. On September 6 a SIS press release spoke of both designation of the Turkish citizens as undesirable foreigners and their expulsion. The clarification published slightly later, on the next day, keeps both terms. The press release of the Government on the matter maintains the confusion designation as undesirable foreigner vs expulsion), while some members of the Government complicated it even more by using extradition. Deputy Prime Minister for European Integration Iurie Leanca stated in the evening of the same day that “the image of the Republic of Moldova on the international arena will be seriously affected if the extradition of the management of the Orizont Highschools by SIS is based on political convictions and not real facts.”

Pursuant to Chapter VII of the Regulation on Proceedings of Return, Expulsion and Readmission of Foreigners on Moldovan Soil (approved by GD No 492 dated 7 July 2011) an expulsion proceeding requires that:

1) the foreigner committed a petty offence or crime on Moldovan soil;

2) a final judgment has been rendered against the foreigner;

3) a competent authority for foreigners issues a decision notifying the foreigner of the judgment;

4) within 24 hours, the case officer notes the expulsion of the foreigner in the Migration and Asylum Integrated Information System.

Under Article 54 of the Regulation, the authority for foreigners, i.e. BMA, has jurisdiction over the enforcement of an expulsion of a foreigner.

Considering the requirements above, the removal of the Turkish teachers from Moldovan soil cannot be treated as expulsion. There is no judgment relating to a petty offence or crime committed on Moldovan soil against them; moreover, BMA stated that it had not been involved in the matter of expulsion of the Turkish citizens (after that it ceased to comment on the subject).

The third proceeding is that of designating a foreigner as undesirable and which leads to the same result as extradition or expulsion, i.e. the removal of the foreigner from the national soil, except that no judgment is required. Only data or an indication that “a foreigner conducted, conducts or intends to conduct activities endangering national security or public order” is required (Section 46, 47, the Regulation on Proceedings of Return, Expulsion and Readmission of Foreigners on Moldovan Soil, approved by GD No 492 dated 7 July 2011). While the public order and national security authorities (SIS) may propose the designation of a foreigner as undesirable person, the reasoned decision is taken by the authority for foreigners, i.e. the Bureau for Migration and Asylum. Likewise, BMA – and not SIS – is responsible for the enforcement of that decision, i.e. the escort of the foreigner “to the border point of the neighbouring country open for international traffic or its country of origin” (Section 52). Notwithstanding that according to the Regulation, the specialized officers of the Bureau for Migration and Asylum (and not of SIS) could have escorted the foreigners designated as undesirable to their country of origin, in this case the escort of the Turkish citizens to Turkey violate Moldovan’s international legal commitments. For instance, Article 3 of the Convention against Torture and Other Cruel, Inhuman or Degrading Treatment or Punishment states that:

“1. No State Party shall expel, return “refouler” or extradite a person to another State where there are substantial grounds for believing that he would be in danger of being subjected to torture.

2. For the purpose of determining whether there are such grounds, the competent authorities shall take into account all  elevant considerations including, where applicable, the existence in the State concerned of a consistent pattern of gross, flagrant or mass violations of human rights.”

Even if BMA were involved in the events occurring on September 6, under law BMA ought not only take a decision to designate the foreigners as undesirable, but also enforce it, i.e. the escort of the foreigner “to the border point of the neighbouring country open for international traffic or its country of origin” (Section 52). Still BMA was not involved in the events on September 6, but the employees of SIS alone were. Under law the involvement of SIS should end with their proposal to designate a foreigner as undesirable. The following questions remain unanswered: what were SIS masked men doing in the homes of the teachers in the morning of September 6? Where were the BMA officers? Why was BMA not involved in that operation? Why did the head of the BMA immediately state that BMA was not involved in the operation? Why do MIA and Andrian Candu want to convince us that BMA is responsible for these actions? There are more questions.

The operation conducted by SIS on September 6 looks more like a straightforward kidnaping of seven individuals, their loading on a plane, illegal exit from Moldovan soil and delivery to Erdogan faster than you would be delivered a pizza in Chișinău.

Even if governmental representatives refer to three different procedures, without specifying their features, neither of these applied in the case at hand. There is neither expulsion, nor extradition nor designation as undesirable foreigner in the case of the seven employees of the Orizont High School.

The violations related to the manner in which the Turkish citizens were removed from Moldovan soil are not only limited to excess of powers by SIS, but also involved other violations of the law by other governmental institutions. If the passports of the Turkish citizens remained with their family, then they passed the border without identity papers or by using false papers. This was highlighted in the press, kept the public alert and raised significant and legitimate concerns among Moldovan citizens. The Border Police failed to communicate anything on the matter, notwithstanding that it had to react to the doubts and serious accusations launched in public.

“The Bureau did not participate. We are not the institution that handled this case. There are several proceedings to be applied in such case to designate a person as undesirable. As a rule, they are accompanied by the officers of our bureau, but this case I do not know which procedure was applied”.

This enables us to state that the date applied is false. Otherwise Poalelungi would have known about the decision that she herself had signed.

It is legitimate to state that the myriad of violations continues. Actions that grossly violated the law and human rights and which certainly destroyed lives have – instead of being punished by dismissals and criminal prosecution – enjoyed a high-level political cover-up.

In conclusion: the chain of violations, it seems, is long. The chain of persons involved in this crime is also long. Anyone from these people must feel an accomplice. Any of them could have stopped an injustice, but failed to act. And the strategy of politicians to look the other way is nothing short of shameful. Smells like high-level complicity.